20% Discount on FUNDAMENTALS OF MULTIMEDIA (English) 1st Edition for Rs.360 at flipkart.com 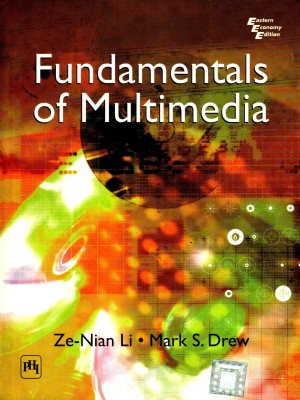 Fundamentals Of Multimedia is a one-semester textbook for advanced undergraduate and graduate level multimedia courses in engineering, computer science, IT and CIS studies.

Summary Of The Book

Fundamentals Of Multimedia is a completely class-tested book that introduces important multimedia topics to students of engineering and computer science courses. The book gives an outline of the tools and taxonomy involved in the creation of multimedia, including data representations for audio, images and video. It also delves into the vital aspects of data compression, color, multimedia communication and retrieval, and content based retrieval in digital libraries.

Fundamentals Of Multimedia fills the void in the rapidly expanding field of multimedia by introducing students of advanced level programming to the fundamental concepts of multimedia. The authors use their valuable teaching experience and classroom material to form the basis for the core topics that are generally included in a multimedia course. The book emphasizes concepts over applications, and tries to expose students to practical issues that they would generally encounter in their workplaces.

The book is prepared to meet the requirements of beginners as well as advanced students as it deals with all major aspects of multimedia and also forms a complete reference by including pointers to current links for demos and information at the most advanced level. Fundamentals Of Multimedia is a handy textbook for students as well as professionals in computer aided engineering, computer communication networks, computer systems organization, computing methodologies, and coding and information theory.

Ze-Nian Li is an author and professor of computing science.

Mark S. Drew is an author and a professor of computing science.

20% Discount on FUNDAMENTALS OF MULTIMEDIA (English) 1st Edition for Rs.360 at flipkart.com